Exotic 223 / 5.56 Heavy Incendiary Ammunition [Finally in after 2 years] Exotic Ammo. We have been trying to get this stuff in for just about 2 years, grab it up while you can.

****NOTE**** I do NOT have that many, and they will go very quickly. Everyone who was on the waiting list has been taken care of.

We are one of only a handful of dealers for these exotic shells, after almost a year, we finally have enough that we are able to make these available to the general public again. Pricing is a bit less expensive than you might have seen before. Instead of packaging them in plastic containers with graphics on them, we are simply sending them in sealed plastic. This helps keep the cost down for you, especially in the wake of the rediculous ammo pricing.

FEATURES:
-Upon Hitting Your Target, This Specially Forumulated 223 / 5.56 Heavy Incendiary round Will Explode , Leaving A Devistating 3,000 Degree Hit In It's Wake igniting anything flamable or explosive in the area. .

--I do apologize for the slight price incease however with our prices going up, and having to wait over half a year to get these instock only for a few days, we are regretably forced to raise our pricing slightly. 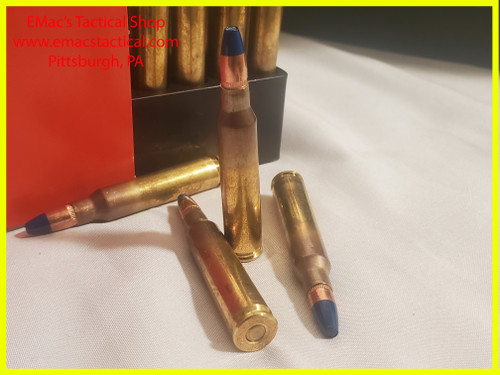